In Mandarin, tone and intonation share the same acoustic correlate – F0. At the syllabic level, F0 is employed to indicate different lexical tones that differentiate lexical meanings. For instance, Tone2 is characterized as a rising F0 contour whereas Tone4 is represented as a falling F0 contour. At the sentential level, F0 is used to signal intonation types such as statement and question. Like many other languages, question intonation shows an upward trend in F0, in contrast to a downward trend in F0 for statement intonation in Mandarin.

Since both tone and intonation are realized in terms of F0, there might be a conflict between the direction of tone and that of the intonation in F0. In this study, we attempt to reveal the neuro-psychological mechanism of Mandarin speakers processing tone and intonation, to see if people can disentangle the information of tone and that of intonation. We would also like to investigate other factors that might be involved in speech prosody processing, such as, focus , semantics and so on.

Together with various colleagues from Leiden (Yiya Chen, Claartje Levelt, etc.) I have investigated the representation and processing of (linguistic) stress. In 90% of all Dutch words, the stress is on the first syllable. We thought: only the 10% of irregular words will be stored, the rest will be calculated using rules. But that's not how it works.

Within the irregular words, there are words which behave in a regular way. Thus, it may well be a combination of storing and computing lexical stress information.

English Vowel Production and Perception of Javanese and Sundanese Learners 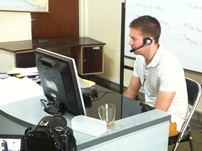 A study on a local language would be interesting in order to shape a thorough understanding on any possible impact of regional languages to English standard language learning. This study is going remedy this gap in the literature by examining vowel production and perception of Javanese and Sundanese Learners of English in order to more fully investigating the effect of L1 to TL vowel production, in the perspective of experimental and cognitive view. The study "English Vowel Production and Perception of Javanese and Sundanese Learners" comprises an attempt to a fundamental research in the speech of Second Language Learners (SLL). It is to examine deeper how SLL manage to produce and perceive L2 vowel sounds. The production and perception experiment are completed in different session.

The production study involves the participants pronouncing list of words in controlled sentences that are recorded for the analysis of quality (F1,F2 and F3) and quantity (duration). The perceptual experiment involves presenting listener with sounds and asking them to identify sound they have heard for the analysis of error rates, spatial attraction, reaction times. The sounds in the task are prepared to examine perception of SLL by seeing hand movement response.

In a variety of studies, we are investigating how grammatical properties of a language, such as grammatical gender, number or classifiers, are represented in the language processing system.

Recently, we investigated a couple of non-western languages such as Konso (gender-number interaction) and Mandarin Chinese (classifiers). We also studied the transfer of grammatical gender properties from a first to a second language with Dutch-English bilinguals. 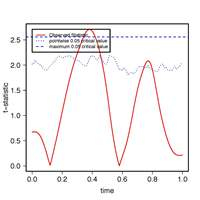 My research focuses on the lexical level and sentential level prosody and their interaction in Mandarin, especially in Dalian Mandarin, which is investigated as a testing case. For lexical level prosody, we focus on how neighbourhood density and word frequency will affect the tonal neutralization, tonal perception and production in both monosyllabic and disyllabic words from the aspects of response time, duration, F0’s contour and velocity. For sentential level prosody, we attempt to investigate the interaction between prosody and information structure (topic, focus and givenness) during speakers’ (speakers of Northern Mandarin and Dalian Mandarin) online sentence processing from the aspects of duration, F0, intensity and other acoustic features. Besides acoustic experiments, we will also perform well-controlled eye-tracking experiments to look into the perception of prosody in the two levels.

The role of lexical phonology in the production of words 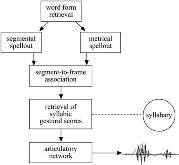 Models of phonological encoding have to take many aspects of speech planning into account. For example, on the basis of speech errors and reaction times, it has been shown that segments rather than phonological features play a role in production planning. However, quite a few aspects of the model are still underspecified. More research is necessary in order to describe the processes properly. 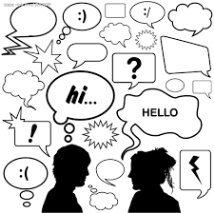 I am working in a project which aims at investigating the interaction of prosody and information structure in tonal languages. Information structure refers to the way how speakers package information, e.g. they may choose to focus some parts of / the whole sentence in speech when they are answering a question or correcting wrong information in the interlocutor’s talk. Accordingly, it has been proposed that focus has narrow/broad or corrective/new types. Prosody is widely known to be employed as a tool to encode these meanings in tonal languages.

In Standard Chinese (Mandarin), focused constituent was found to have wide f0 range and longer duration, and post-focus parts were compressed or expanded depending on tonal contexts (Xu, 1999; Chen, 2010). We are interested in two general research questions:

Neural correlates of vocal learning in songbirds and humans

This projects investigated the neural substrates of vocal learning in a comparative perspective, studying both humans and songbirds. The human studies were carried out at the LIBC language using functional MRI to address how neural activation during grammar learning differs between children and adults and how individual differences in artificial grammar learning success are reflected in neural activation.

Although we all learn our native language, some of us have more trouble learning a new grammar than others. Earlier studies have suggested that the age at which we learn a new language is very important for learning success. By investigating brain activation in children and adults during learning of a new grammar, I hope to find why children learn new languages with less effort compared to adults and how brain activation during learning is related to grammar learning success.

Learning and consolidation of new words: an ERP study during production of newly learned words in adults

Word learning is a fundamental building block in the acquisition of language and has often been identified as one of the distinctive components of human language. An intriguing question is how these new words consolidate their status as long term memories, becoming familiar and meaningful units stored in our brains. Consolidation is classically defined as a time-limited process of neuronal plasticity following a learning experience during which initially fragile memory traces become stabilized.

My current project is focused on the study of learning and consolidation of new words in adults, using ERPs and including the task of word production. Most studies in the area of word production use words that are already well-established in the memory system, and therefore it would be of interest to examine what happens after novel words are learned and subsequently retrieved. Thus, my objective is to analyze the dynamics of the changes in the overt production of newly learned word and address its neural correlates, in order to define the actual establishment of a new word as a long memory trace.

Plural as value of Cushitic gender: a psycholinguistic study

In contrast to other languages that have three-way gender distinction systems, this third value is not neuter in Cushitic. In terms of agreement, this third gender value requires the same agreement pattern as the third person plural. As a result, it is called "plural" gender. Two conflicting hypotheses have been put forward to analyze the gender systems of Cushitic languages. The first one comes from Corbett and Hayward (1987), in which only two gender values are recognized and the third value is analyzed as part of the number feature. The second one is the position taken in most descriptive studies on Cushitic languages and argued for in Mous (2008), in which three gender values are recognized and the so-called "plural" gender is treated as proper gender value. Thus, this third value "plural" raises the question whether nouns with this value are represented and processed only as part of the number feature or whether "plural" is a proper gender value. We are examining this issue by applying a picture-word interference (PWI) tasks to Cushitic languages (namely Konso and Bayso, lowland east Cushitic languages of Ethiopia).