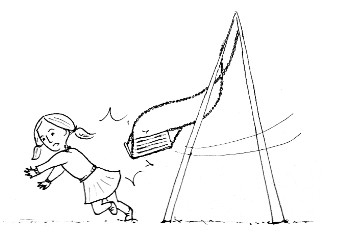 Previous research has demonstrated for a variety of languages how the relative conceptual accessibility of referents affects sentence planning and production. For example, when describing a situation where the patient argument is more easily accessible than the agent, speakers are more likely to use grammatical structures which give prominence to the patient - such as passives in English or object-initial actives in Spanish.

The more accessible referent may receive a higher grammatical function, or an earlier position in the sentence, or both. However, to understand how universal cognitive principles such as accessibility interact with language-specific features, we must investigate a range of language types. My research will look at these effects in a Berber language, Tarifiyt. Tarifiyt is traditionally analysed as having basic verb-initial (VSO) word order, with SVO and OVS orders also possible. How does manipulating accessibility affect structural choice in a language with this profile? Tarifiyt has a passive, but this does not allow expression of the agent. This means that an initial choice to assign the patient to subject function constrains the later possibility of expressing the agent. But how far ahead does the processor look before initiating production? My project will aim to address these questions as well as promoting a linguistically diverse perspective in psycholinguistics.